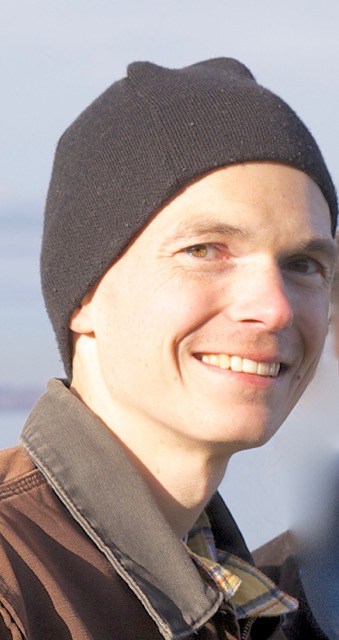 I won’t be handing out books for a while. I am grieving the death of my beloved son Ben. This is his obituary:

Annie and Joe Nolting sadly share the devastating news that their son Ben succumbed to his 23-year battle with anorexia nervosa. He fought long and courageously, but on August 2, 2020, he died in his home in Henderson, Nevada.

Ben was born in Sitka, Alaska, on February 19, 1982. During his infancy the local Tlingit tribe adopted him as a member of the Kiksadi clan. Growing up in Palmer and the Matanuska Valley, Ben spent much time outdoors climbing mountains and exploring the alpine tundra. He developed an intense curiosity about and deep appreciation for wildlife and the natural world, which eventually led to his career path in mathematical biology.

Ben attended the University of Alaska Anchorage. There he earned a BS in mathematics and, on the basis of his innovative research, was awarded the prestigious Goldwater Award. He would go on to more acclaim at the University of Nebraska at Lincoln (UNL) where he went to grad school studying theoretical ecology and applied mathematics.

At UNL, his life and career blossomed. He made many wonderful friends among the faculty and graduate students. His math advisor, Dr. J. David Logan, said this about Ben, “…I saw in him an incredible curiosity and an unusual ability to solve complex problems… The compassion and skill he had for science and mathematics was firmly established when he won the best research paper award by a graduate student at the annual meeting of the ESA (Ecological Society of America). His teaching skills were outstanding. His PhD dissertation on random foraging was top-notch and earned him a post-doc at Case Western Reserve.”

Following his graduation with a PhD in 2013, Ben joined Dr. Karen Abbott and her lab group at Case Western conducting research in the field of mathematical biology. Karen wrote this about Ben, “…in addition to being remarkable as a human being, he was an extremely talented scientist. The major paper that he published from his time in my lab has received a lot of attention and is shaping how ecologists think about certain foundational ideas in our field. He established himself as an influential thinker and theorist, and that part of him will certainly live on in all the future work his ideas will inspire.”

Dr. Chris Moore, a research colleague at Case shared this, “Ben was an applied mathematician and theoretical ecologist, and one of the kindest, thoughtful people I have ever met. Ben was brilliant and an infinitely-patient teacher and mentor to me and others, from undergrads to postdocs. All of us who knew him could speak to how Ben created a safe and open environment for learning and exchanging ideas. His colleagues all remember his willingness to help others and his generosity of spirit.”

Following his post-doctorate experience, Ben worked as a math professor at California State University Chico and most recently at Nevada State College in Henderson. Here too he mentored students far beyond what was required in the classroom. While he was teaching, his research never flagged, and he supported and collaborated with researchers all over the world including Iran, Japan, China, and South Africa. His research and publications in this burgeoning and important field may be viewed at http://www.bennolting.org/

Despite his severe physical and mental health challenges, Ben embraced life fully. He loved his cat Higgs, rap music, political podcasts, all things history, and sports (especially Cornhusker football). He was a defender of social justice and his passion for the environment was unswerving, both personally and professionally. He embraced a deep spiritual interior life and believed in the power of prayer.

Ben’s Aunt Elizabeth wrote, “He was a candle that burned at both ends, his tremendous love of the wonders of mathematics, and his equally tremendous loving understanding of people. He died from living with an enthusiasm that is seldom matched.”

Ben leaves behind his parents Annie and Joe Nolting of Bellingham, WA, and a large and loving extended clan of his Grandpa Nolting, aunts, uncles, and cousins, in addition to good friends throughout the country, and his cherished colleagues from UNL and Case Western.

A fund to honor and remember Ben has been established at the University of Nebraska Lincoln. Donations will help students of color, international students, and other underrepresented students and aspiring teachers pursue their studies in mathematics. Contributions may be made to the Dr. Ben Carse Nolting Student Support Fund at: https://nufoundation.org/fund/01153370/