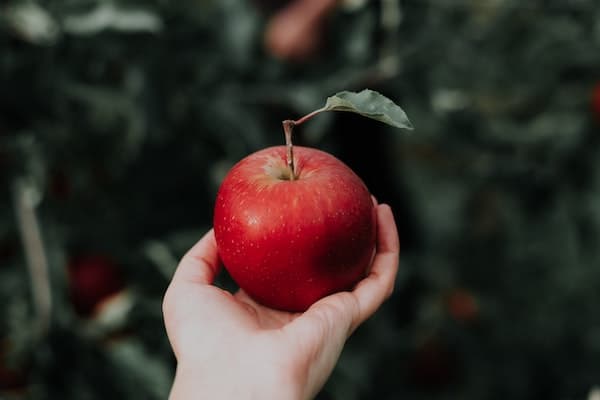 The Latina mom moved along the tables picking out books for her three children, all under six years of age. Tonight her kids had stayed home, which allowed her to linger over the books, and savor the peace of being unencumbered, if only for a brief while. She held five books in one hand and an apple bigger than my fist in her other.

When she took a bite of the crispy apple, juice dribbled down her chin. “So good!” She smiled broadly.

“Not sure.” She showed me the label on the fruit.

“Wow! A cosmic crisp. It’s a new variety. Supposed to be really tasty.”

I passed her a grocery bag for her books and then eased down the tables to the picture books where a young man, perhaps twenty years old, held up a Dr. Seuss book, staring intently at its cover. “Go, dog, go,” he muttered, “Go, dog, go.”

“I like fun books.” He spoke each word carefully as if it were its own sentence. “I like this book.”

“Well, then, I think you might want to take it.” I offered him a bag.

The man slipped the book into the bag. As he walked away, he repeated quietly to himself, “I like fun books. I like this book.”

I felt someone tugging at my sleeve, dragging me out of my reverie. Something big and round was thrust into my hand. I glanced at the apple and then at the Latina woman, smiling impishly as if we were part of some grand conspiracy.

“It’s for you,” she whispered.

Apple juice dribbled down my chin, and I launched into another greedy bite, savoring the fruit’s crispness and its rich, sweet, tangy flavor—the essence of autumn and golden leaves and ripe pumpkins and blue-sky days.

“Just like you said.” I shake my head in disbelief. “It’s wonderful. Best apple I’ve ever had. Thank you so much.”

“And thank you.” She held up her bag of books like a prize, before turning and walking out into the cold rain.

Kids Need Books runs on donations and is part of the non-profit Interfaith Coalition. Please consider making a tax-deductible donation.